THIS IS TORTURE: 3 Terrible Waxing Horror Stories (And 1 Painless Hair Removal Method That Will Give You Hope)

Waxing is basically torture. But there’s one hair removal method that can make you permanently hairless without the pain (and it doesn’t involve lasers).

And most women would be inclined to agree.

It’s hard to achieve a certain level of beauty without going through some pain.

That’s why, for centuries, from wearing tight corsets, to getting burning chemical peels, to getting pricked with vampire facials, women have been subjecting themselves to all forms of torture to be pretty.

And nowhere is the pain more present than when it comes to hair removal.

Now don’t get me wrong, short of getting expensive laser hair removal sessions that can cost thousands, waxing is the best way to get completely hairless for long.

Just one waxing session at your favorite salon can remove unwanted body hair just like that.

One of these sessions only sets you back less than a hundred dollars, and sometimes cheaper depending on where you live.

Below we gathered 3 of the worst waxing stories we’ve ever heard that will make you question why we even wax.

Fair warning though, they might be a little NSFL (not safe for life).

And tell you about a hair removal method that you can do for 30 minutes every week that’s far less painful and cheaper than getting waxed (hint: it has nothing to do with going to a clinic).

Read until the end to find out more about it. 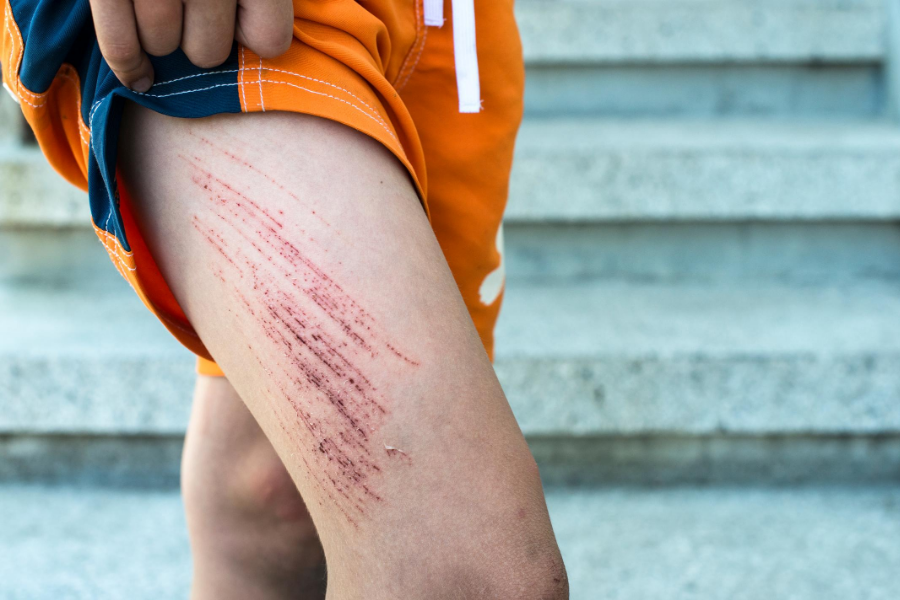 I’ve always just shaved my body hair ever since my mom gave me a pink plastic razor when I was 16. And for the most part it worked.

But being the hairy gal that I am, there would always be stubble the day after I shaved.

And it gets caught everywhere. And by everywhere I mean EVERYWHERE!

On my jeans. On my sheets. On everything.

And it also grows darker the more I shave so shorts are a big no no even in the summer.

So when I was 22, I decided it was time to suck it up and get waxed.

Now I already kind of knew what to expect from waxing from all the stories my friends told me.

So I was ready for some pain. But I figured it wasn’t anything I can’t handle.

But boy, was I wrong.

Alarm bells started going off the moment the woman who was gonna wax me said I had very thick hair and went on to trim it for about 15 minutes.

And when she started on my bikini area instead of, I don’t know, my legs?

That’s when I knew I was in trouble.

The first yank was painful. It felt like someone skinning me alive, to be honest.

But that was nothing compared to the second attempt at ripping my hair out.

Turns out she didn’t trim my hair short enough for the first one to take.

So she had to do it twice and that’s when all hell broke loose.

All I can remember is me yowling so loud that everyone within a hundred miles probably heard it.

And the blood. There was lots of blood.

I think I may have passed out. Twice.

I found it later that it wasn’t nearly as bad as I thought.

But the trauma was definitely real and it turned me off from waxing.

So I went into this waxing salon recommended by a friend 3 days before the big day.

And it was all very normal for the most part. I mean, I’ve been waxed before so I already knew what to expect.

Until it started to itch.

It turns out I was allergic to something they’re using in their wax.

So I had a major breakout. Rashes everywhere.

I had to get a steroid shot and take some pills to reduce the swelling and all was fine on my wedding day (thank God).

I can only just imagine what would happen if I did it the day before instead of 3 days prior.

My best friend and I were 18 when we tried these hard waxes that we’ve heard so much about.

So we ordered some off Amazon.

And being the dumb teenagers that we were, we didn’t fully read the instructions before applying it immediately...to our bikini area.

You know those clay masks you apply to your face that start to feel tighter the dryer they get?

Imagine what that feels like on your nether regions.

And started to feel like it’s getting shrink wrapped the longer we left it on.

And by the end of it, it became as hard as a rock.

By the time my best friend pulled it out, it was already so brittle that it broke into chunks.

And we had to yank each piece, still attached to my hair, one by one.

I still get nightmares about it sometimes.

We get it if you don’t want to get waxed ever again after hearing those stories.

But the good news is there’s a much cheaper and less painful alternative to waxing that’s just way more effective.

IPL or intense pulsed light works the same as laser hair removal in that it uses heat from high-intensity light to heat up follicles and destroy its structure.

So you never need to have someone rip your hair out to achieve smooth silky skin.

One IPL brand that’s making a lot of waves recently is the CaratSkin IPL Hair Remover.

And upon seeing all the positive reviews on their website, we decided to test it out to see if it lives up to the hype.

It arrived earlier than expected so shipping seems quick.

And what we really liked about it is how premium-looking it was.

It was matte so the texture feels nice in my hands and lighter than I thought it was going to be.

But time to put it to the test.

It does feel warm to the skin since it uses a heating element to melt away hair. But it doesn't burn at all.

Of course, it didn’t remove the hair right away as they mentioned it would take at least 3 weeks to see some visible results.

But I swear I can almost feel the hair on my body withering away after just that first session.

We tested it for a few more sessions and here are the results.

Week 1 - No visible results. Although the hair already feels a little frizzy.

Week 2 - The hair looks like they’re growing out again. But I’ve looked it up and it only seems this way because it’s being pushed out of the skin.

Week 3 - Hair has started falling out. Some areas seem to still have hair that look like they’re holding on for dear life. 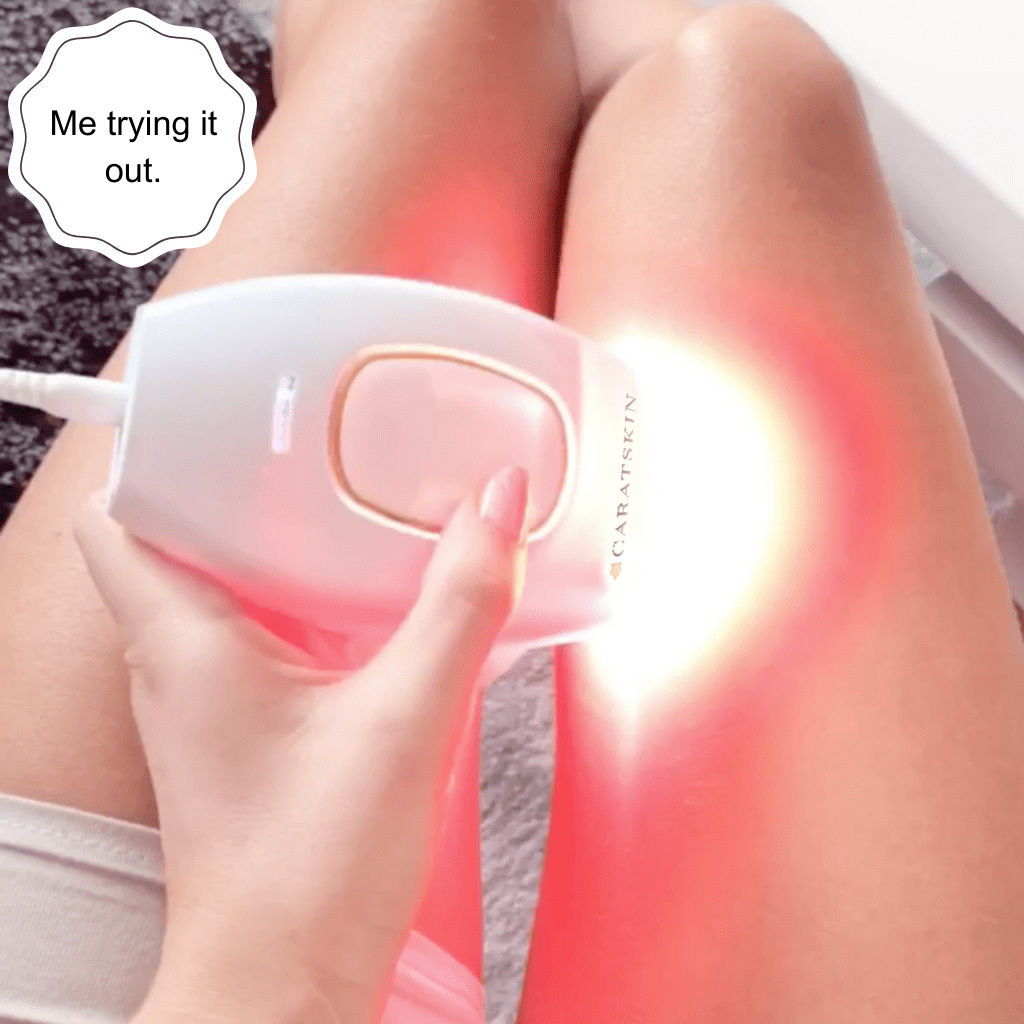 I saw visible results in just 3 weeks but ended up doing 30-minute sessions for 6 weeks just for maintenance. But after that, no hair at all.

Overall, we recommend this product.

And we’re sure you’ll love it too.

Once you start using it, you’ll never have to pay almost $100 every 2 weeks to get tortured ever again.

Making it impractical for most women who want to be hairless permanently.

With results visible in as little as 3 weeks, that’s like paying only $75 for each session...

For something that’s going to give you permanently hairless skin without the pain of waxing.

They’re able to keep the price this low because they’re selling it directly to you.

Cutting out the middleman and passing on the savings to their customers.

And you know what the best part is?

CaratSkin is so confident that you’ll be happy with the results, that they’re giving a 90-Day Money Back Guarantee!

So if you’re not satisfied for any reason you can follow their money-back guarantee protocol to receive a full refund. 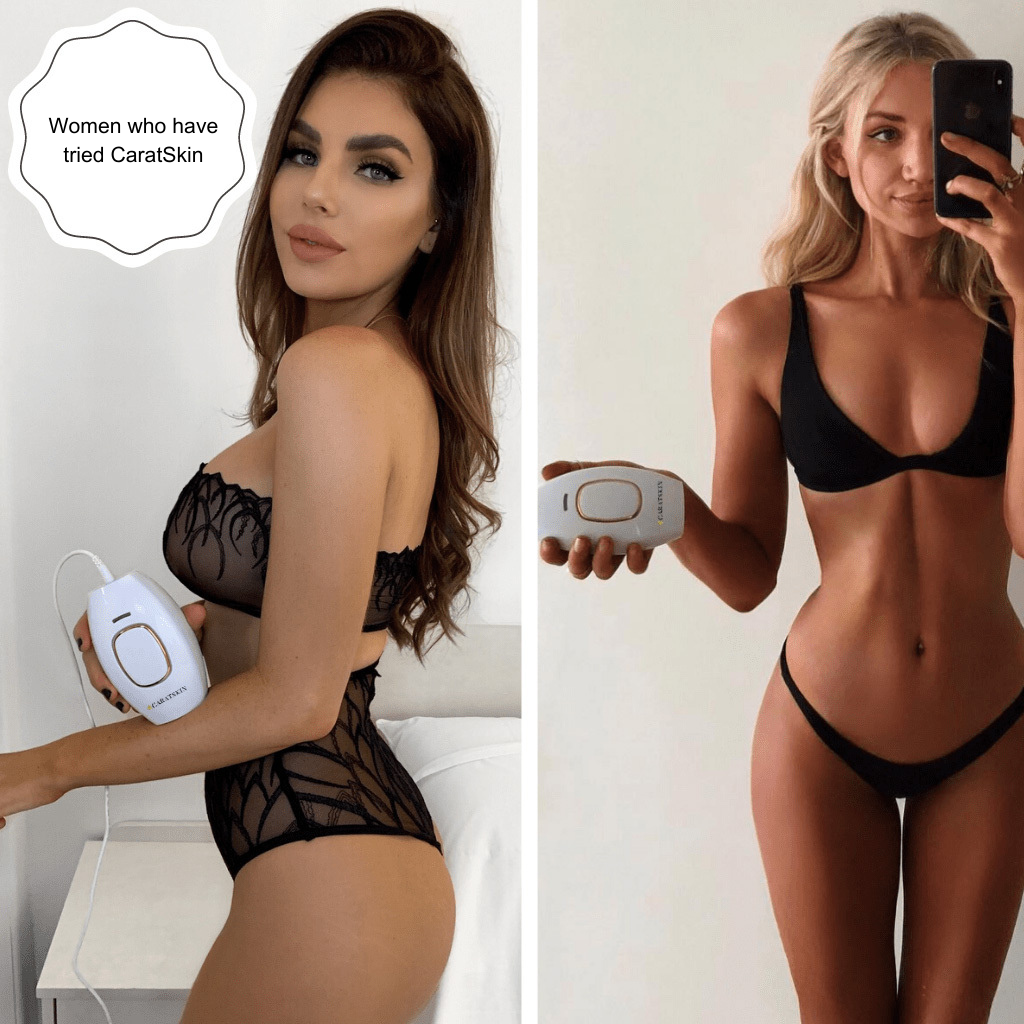 But it gets better...

CaratSkin’s goal is to help at least 10,000 women this year with their life-changing product that they’re making it more affordable to hit that number...

So they’re giving an extra $100 OFF to anyone who found out about their product from this website!

So instead of getting your own CaratSkin IPL Hair Removal Device for $229, you can get it for $129!

But you better hurry, with the number of women out there who are sick and tired of shaving and waxing to achieve that smooth silky look...

Stocks are flying off the shelf so this discount will likely expire very soon.

Again, go to the CaratSkin website to get your own right now. Attention: Due to a recent surge in demand stocks for the CaratSkin $129 FLASH SALE are almost down to zero.

We urge you to go to the CaratSkin website right now so you can still get it at this very low price.

THIS IS AN ADVERTISEMENT AND NOT AN ACTUAL NEWS ARTICLE, BLOG, OR CONSUMER PROTECTION UPDATE